When I bought my first house there were a few fruit trees, wild blackberries and a blueberry bush on the property. I got a couple of pears the first year, but the apple trees were still too young to produce. The peach tree died of something and fell over onto the back walkway. I picked enough blackberries to make a cobbler once, but I’m not as big a fan of blackberries, so I let the birds eat them. I also saw a snake go into the blackberry patch, so I wasn’t keen on venturing into them again.

My blueberry bush, however, did very well. I covered it up with some fencing and netting to keep the birds out. The blueberries were huge and sweet. I would go out some mornings and find just enough ripe ones, in the beginning, to add to cereal or something. Then when they all began to ripen, I picked from it for days. I always loved blueberry muffins, but not a dozen at a time! We couldn’t eat them before they would go bad. I could have frozen the muffins, but I decided to freeze the blueberries instead. Then I had them for ice cream or to mix into a smoothie and help keep it frozen. 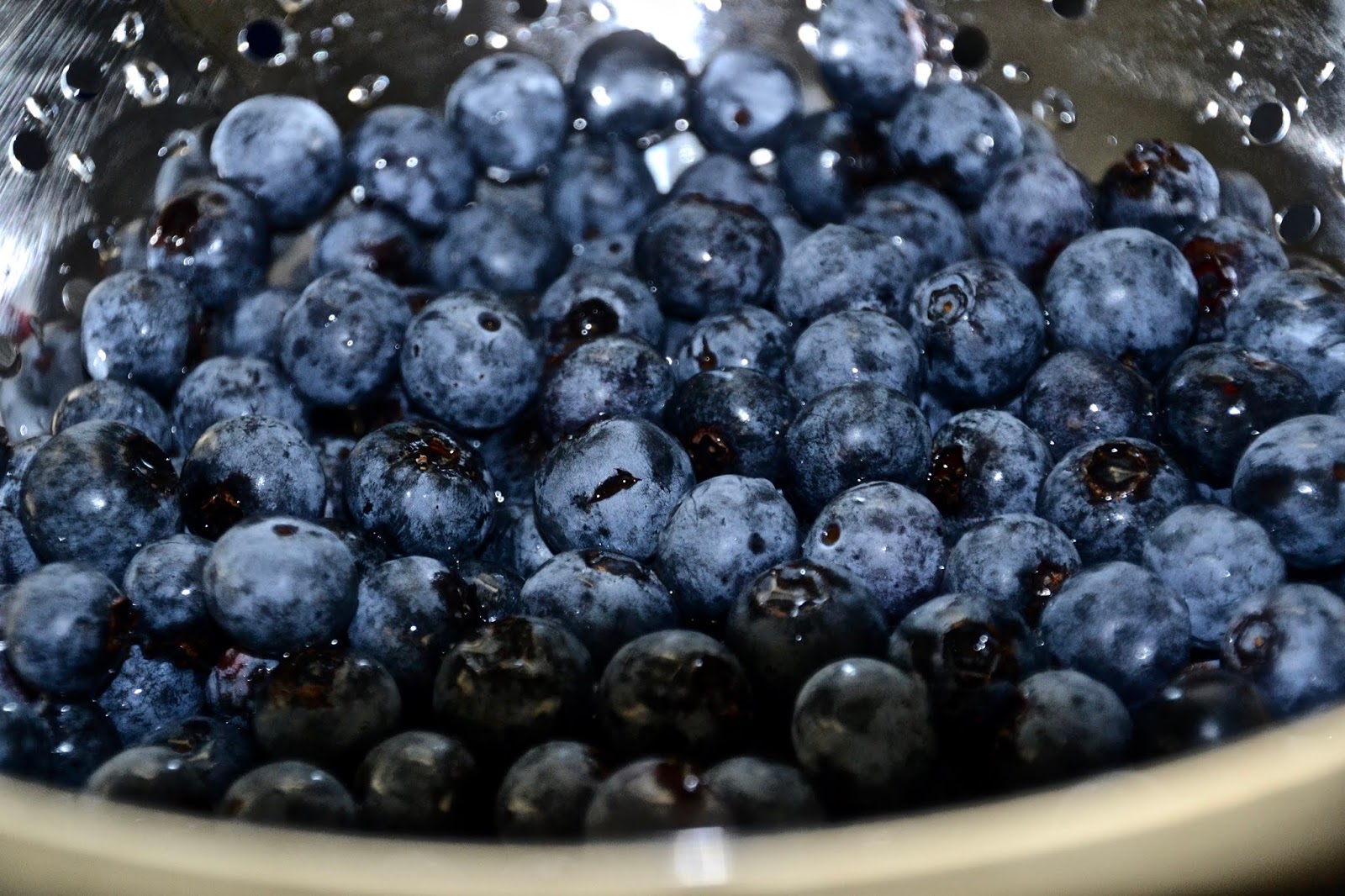 My first house was an old farmhouse that was built about 1855. I joked about being on the 1855 diet because the house needed so much work that I didn’t have time or money to eat. I did look pretty skinny that first summer. Having something free to eat was an extra treat. I sold the house about 3 years later, after I had done all the repairs that I could handle, physically and financially. I figured it looked the best it was going to look and I put it on the market. I loved the house, but it was time. The housing market was taking a big dive, but after being listed for six months, it sold and I moved on. I tried growing more blueberries over the last few years, but every bush I bought either didn’t produce or it died. Someone told me that I needed several bushes so the bees could pollinate them and I would have a great harvest. That didn’t work. I think that little bush was just a trooper and I guess the bees still did their work, but it must have been the fruit trees that helped it along. I don’t know. But, now I just buy them when I see some at a farmer’s market or at the grocery store that I like.

Yesterday, however, someone gave me some at work so when I got home, I got to baking. A couple of years ago, when I started this blog, I looked for recipes using blueberries and came across several recipes for cornbread. Since I have a great source for cornmeal, I thought that sounded perfect. I played with the recipes, as I tend to do, and came up with my own. I call it Blueberry Lemon Cornbread. It’s a little sweet, so I think it’s great for breakfast, a snack or a dessert. It is also very tender, so it’s a little like a cake, but not quite. These blueberries were probably some of the prettiest I have ever seen. The color was so vibrant and they were all perfectly ripe.

I am hoping to get some more and freeze them, so I can use them later in the summer and maybe come up with something for Christmas with them. What would you do?

Directions:
Preheat oven to 350 degrees. Place the 2 tablespoons of butter into an 8×8 baking pan or skillet, whichever you plan to bake in, and place it in the oven while it heats up and the butter melts.

In a small bowl, dust the blueberries with a little bit of flour and gently turn them until coated. This will help keep them from sinking to the bottom of the cornbread while it bakes. 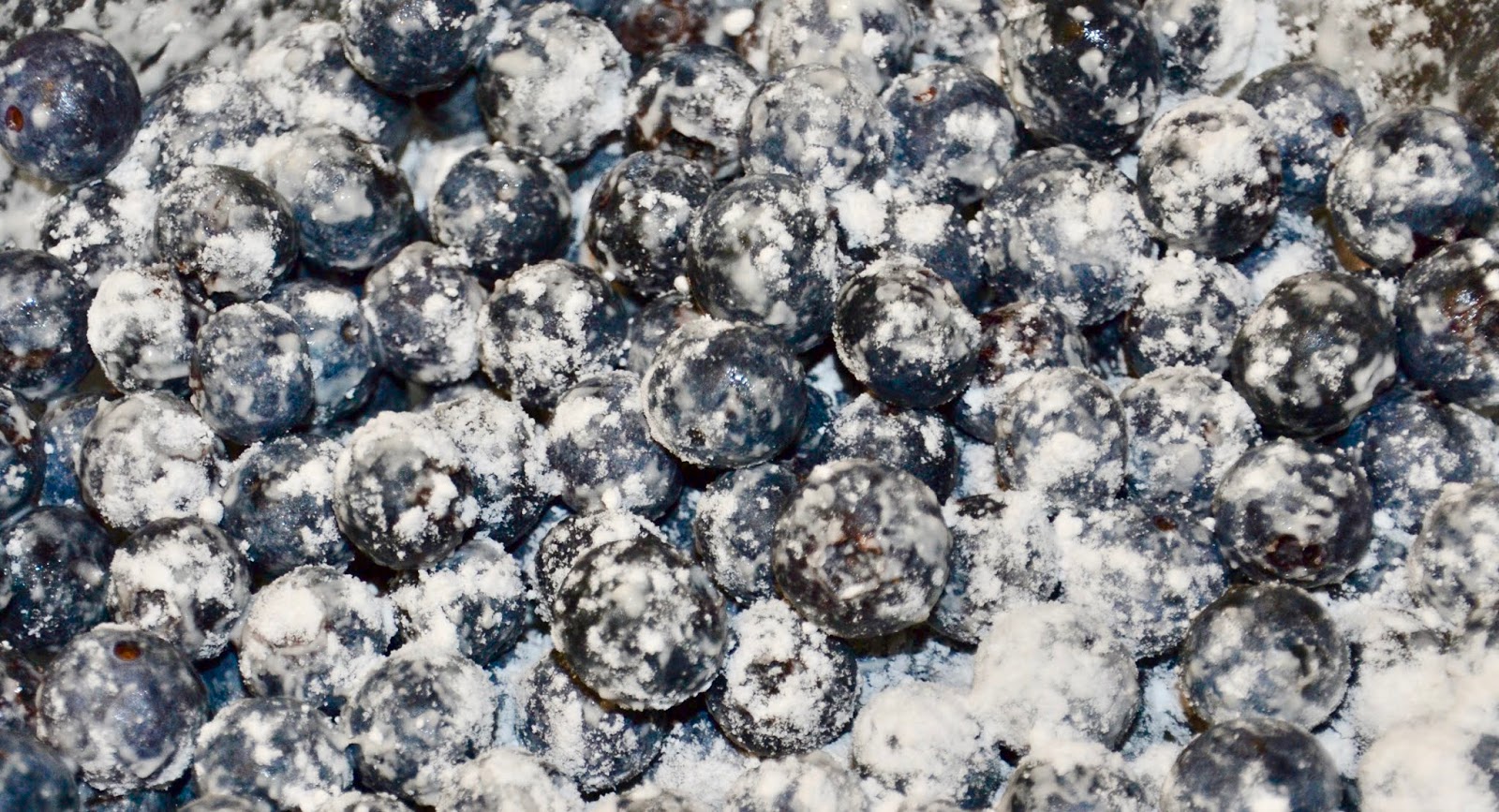 Mix the cornmeal, flour, sugar, baking powder, and salt in a large bowl. In a smaller bowl, beat the eggs slightly and add the milk, lemon juice, lemon zest and oil.

Combine the wet ingredients to the dry and mix well. Gently fold in the blueberries, being careful not to crush them. 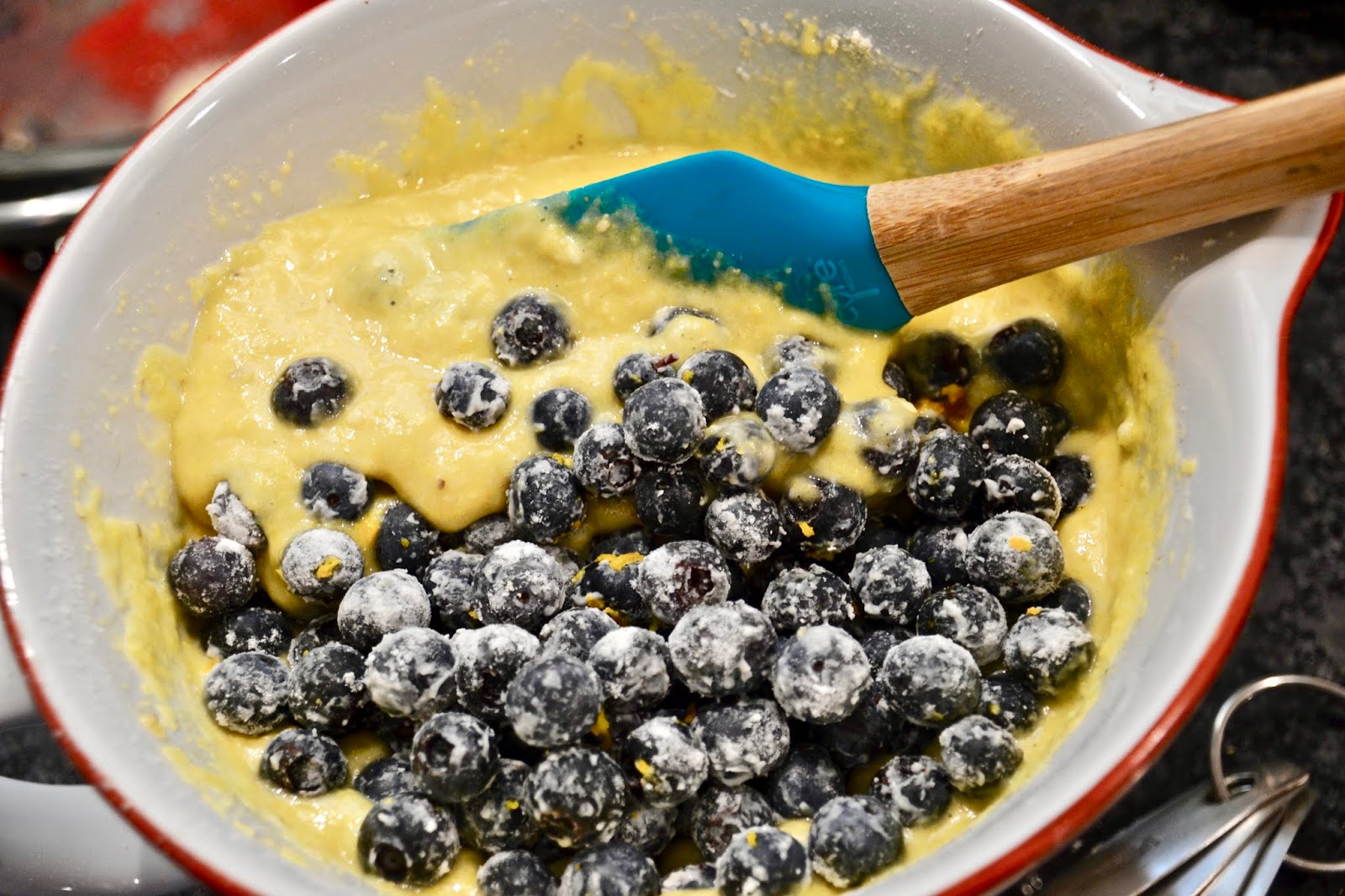 Remove the pan from the oven when it reaches temperature and pour the batter into the hot pan.
The butter will rise to the top some. 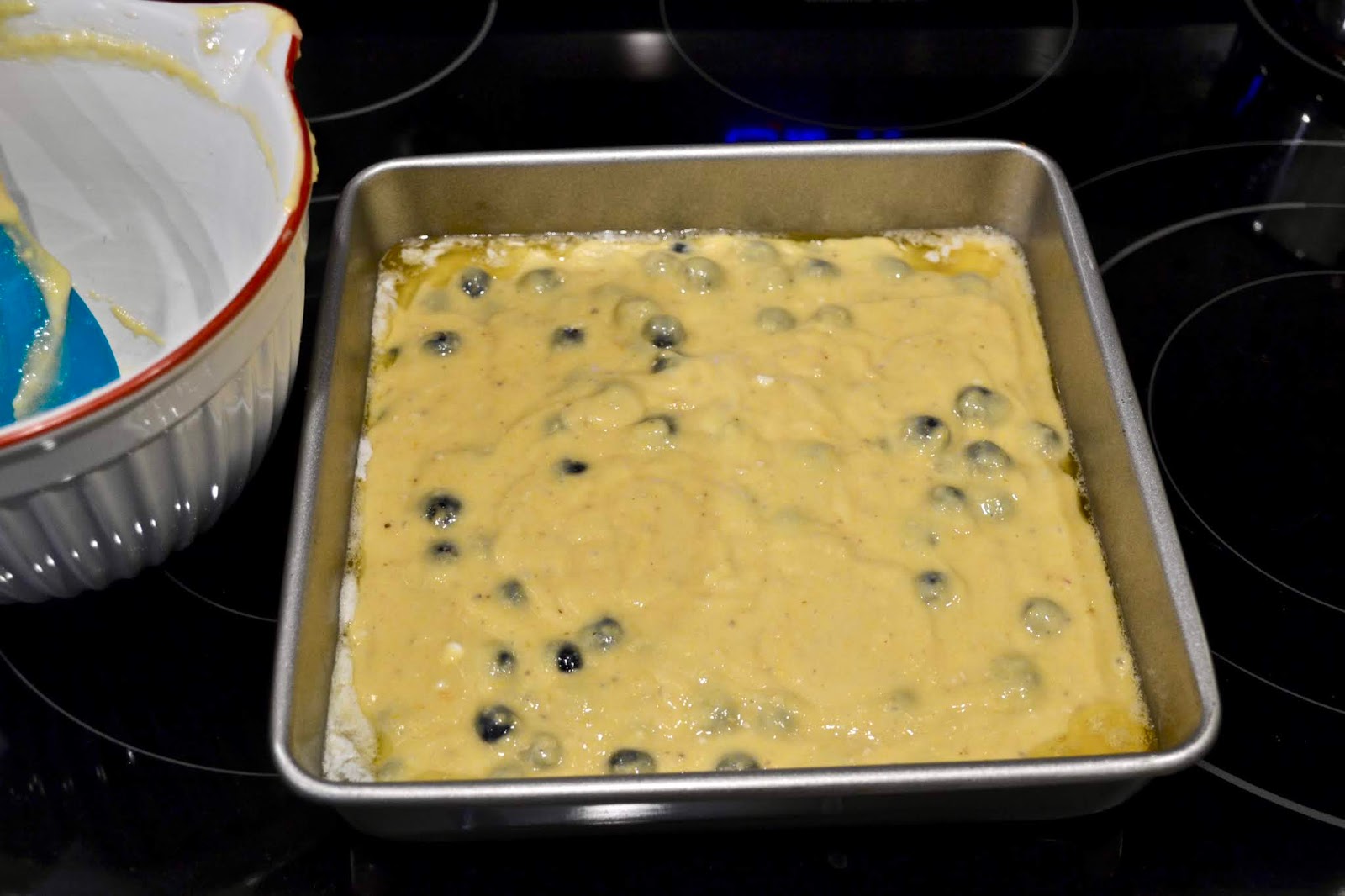 Bake for 30-35 (depending on which pan you use) minutes or until done and golden. Serve warm with a little butter on top. 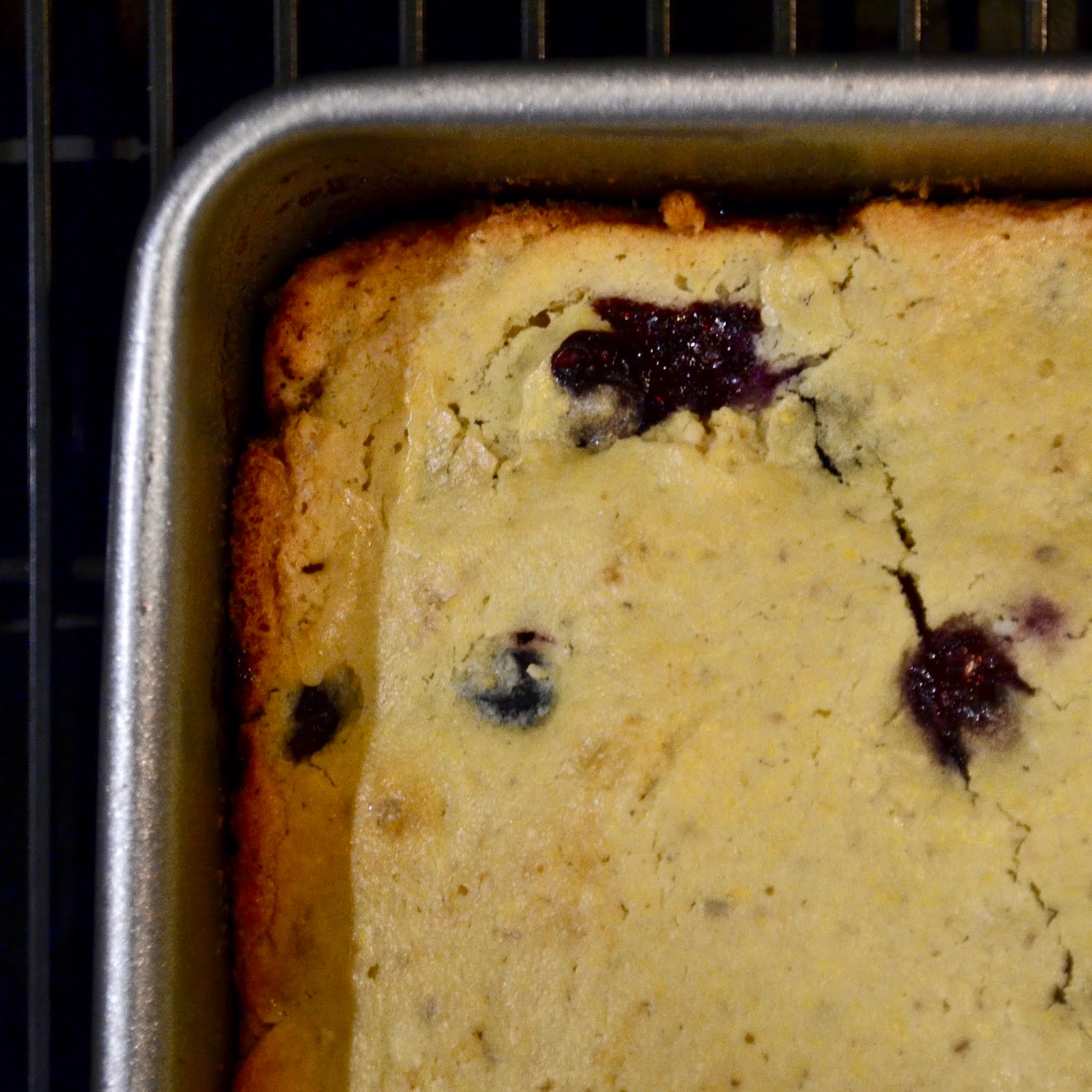 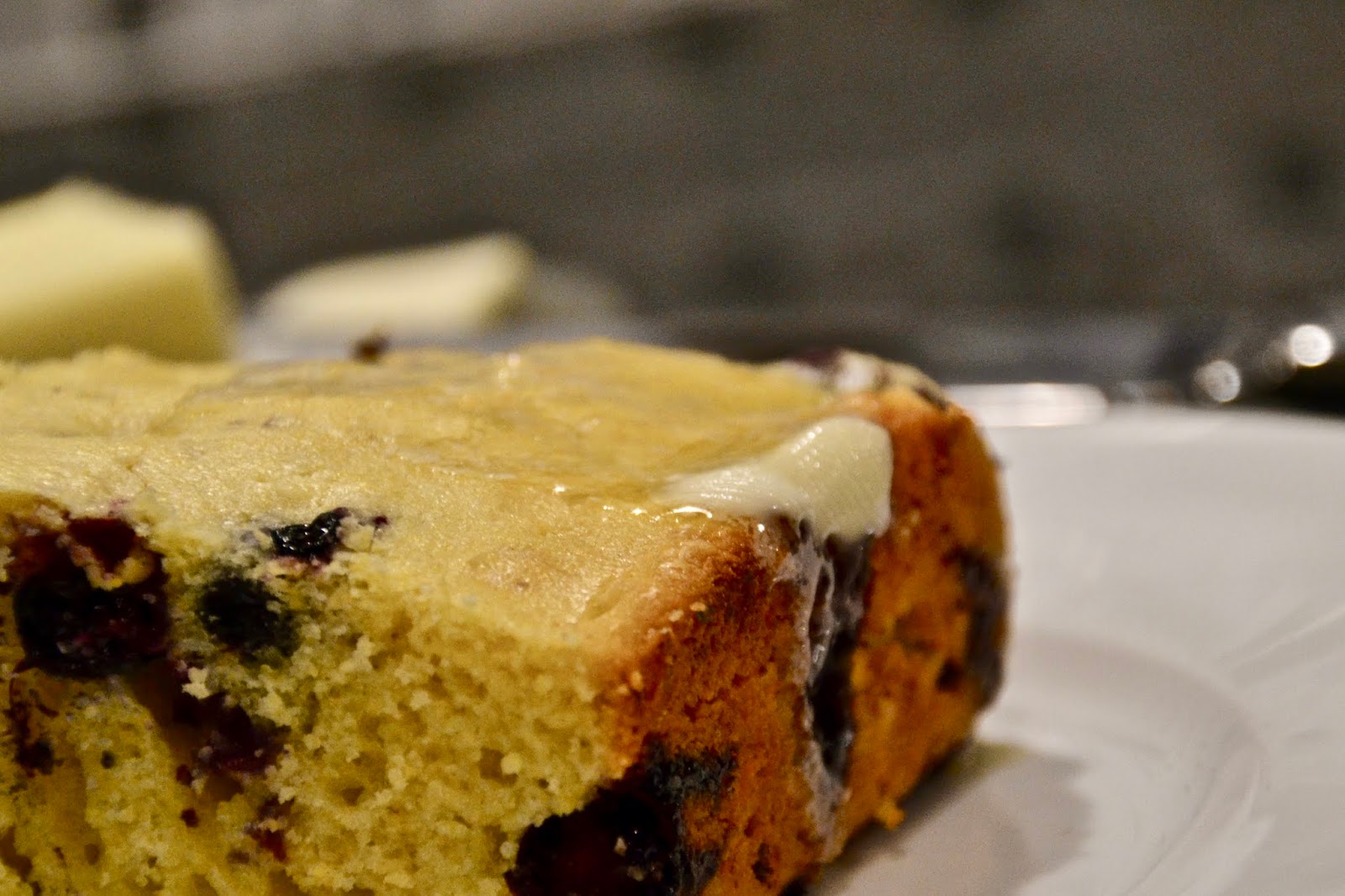 I couldn’t pick just one favorite pie for #nationalpieday Sweet or savory, pie can be an appetizer, dinner, and dessert. Heck, I’ll even eat pie for breakfast! Mary taught me to make the best pie dough. What’s your favorite pie? #pie #nationalpieday2020 #baking #bakingfromscratch #castironbaking #ibakethereforeipie #ibakepies #piedough #piecrust #galetteispie
It’s National Southern Food Day! I hope you enjoyed something that made you feel at home, something that took you back, something that just warmed you through and through - like a skillet of brown butter cornbread, fresh out of the oven. #nationalsouthernfoodday #cornbread #southernfood #skillet #castironskillet #castironcooking #lodgecastiron
She just gettin’ started. Happy Birthday @dollyparton ! #happybirthday #smokymountainangel #smokymountains #dollyparton
Like grandpa always said “If everyone liked the same thing, they’d all be after your grandma” To each his own. I like my oatmeal with butter, brown sugar, cinnamon, pecans, and a little cream. @mickontheporch likes his with just butter and white sugar. Oh, he also has to have buttered toast with his. Lots of toast. #oatmeal #oatmealbowl #foodstagram #breakfast #warmstart #warm #cinnamon #toeachhisown #toast #thefeedfeed #feedfeed #theoldmilltn #oldmilloats #oats #thicktableoats
Such a great episode of @bittersoutherner , The Exactly Right Cake. And it features my friend and work-collaborator, @annebyrn who’s #americancake cookbook is a wealth of knowledge! You know I’m all about stories, history, and cake! #bittersoutherner #bittersouthernerpodcast #podcast #cake #history #family #inthekitchen #annebyrn #thecakedr #thecakedoctor
Biscuit trials number 2. This weekend’s batch are Baking Powder Biscuits with buttermilk and butter. They rose a bit more than last weekend’s. I think I need a wetter dough and I need to give them just a couple of minutes more in the oven. But how can you wait when the eggs and bacon are done?!?! #biscuits #bakingpowderbiscuits #castironbaking #lodgecastiron #southerncastiron #southerncastironmagazine #tasteofthesouth #tasteofthesouthmagazine #biscuittrials #biscuitweekend #thefeedfeed #feedfeed #feedfeedbaking #thefeedfeedbaking #theoldmilltn #oldmillflour
Follow The Appalachian Tale on WordPress.com 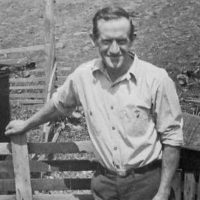